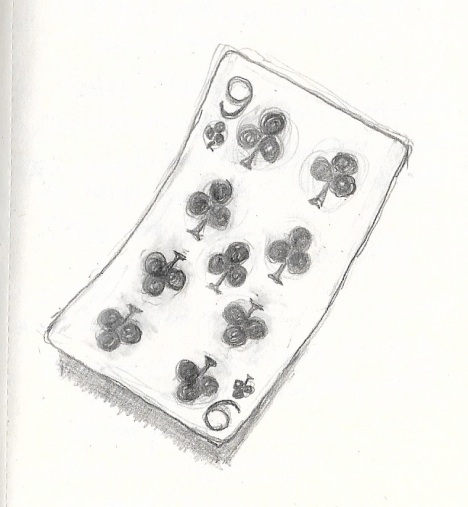 Last week my good friend Kurt posted a great piece on his blog about “Driverless Cars and Bodiless Brains” (http://resourceinsights.blogspot.com/2018/03/driverless-cars-and-bodiless-brains.html#more).  He is referring of course to the news that Uber’s prototype driverless vehicle just ran over and killed a pedestrian in Tempe, Arizona.  Kurt points out the folly of thinking that AI will be able to replicate the complicated systems that make up human cognition, in part because the researchers are under the false impression that intelligence is isolated in the brain.  Kurt points out

human cognition is not a thing. It cannot be reproduced without reproducing the entire system within which it operates. Human cognition emerges out of the system we live within rather than merely being embedded in it. Cognition is a process rather than a result. But so are the whole host of other processes we attribute to humans: feeling, judging, willing, and perceiving.

I was musing on this as I fingered the nine of clubs that I found in the alley a couple of days ago.  It was frozen to the asphalt and glittering with ice crystals when I pried it up.  It hardly looked like a playing card, as it was mottled with filth and swollen from the March snow-melt to something like the thickness of a cracker.   I put it on a window ledge on my front porch, which faces south and is in the direct path of the spring sun.  By yesterday the card had dried out and resembled itself again.

I am–like many of my readers, I suspect–superstitious about cards encountered randomly.  I once picked up a tarot card on the road by my student dwelling in Freiburg, Germany.  It was the King of Pentangles, which, I found when I looked it up, signifies a person who is a “a natural manager and businessperson” who “has the Midas touch.”  Now, obviously, I didn’t believe a playing card was magically diagnosing my personality or predicting my future.  Certainly I am not in any way a “natural manager,” nor do I have the ability to turn everything I touch to gold.  Yet I also didn’t believe the card to be meaningless.  It seemed somehow an important omen at a very critical point in my life when I needed to feel that the universe was on my side.  I wove the card into my story, and its meanings were ambiguous and varied enough to allow for that.  If the card represented a character who handles a task “competently, drawing on his wide range of skills and practical knowledge” as well as being “always dependable and responsible,” that was an aspirational invitation, if not really a prophecy.

What meaning should I draw from this nine of clubs found in my alley? The back of the card tells me it is from a pack sold as part of a magic kit–there is a goofy drawing of a cartoon magician.  Some kid, probably, practicing sleight-of-hand on his way home from school, let the nine of clubs slip away.  Now the deck is useless to him, I suppose, but he left me a mystery to contemplate.  According to one internet source the nine of clubs represents a “person has all the power tools they need to construct a successful and rewarding life. Developing a strong work ethic and clear direction are essential for unlocking their inherent potential.”  It would, of course, be hard to argue with that.  Another site developed this idea further:

The 9 of Club is known as the “Adventurer’s Card”. They like to gamble and are always willing to take a chance. They are intensely curious and when they apply their adventurous spirit to the field of knowledge, they are capable of making profound discoveries that benefit others on a universal scale.

Well, that does sound propitious.  Or, more to the point, I feel it is propitious because I am at a time in my life when I sense that I may need to take more chances, to be more adventurous.  I am at the tail end of my teaching career, my children are grown up now, and I am feeling the call of adventure.  So of course I ally myself with the (admittedly trite and randomly encountered) meanings of this card.  I’ll keep it pinned to my bulletin board as a reminder of my psychic situation.

To think of an object as significant in some way is to risk apophenia, “the tendency to perceive connections and meaning between unrelated things.”  For any serious Modern, that would describe most of what we think about all day.  Because a Modern must scrupulously police his or her thinking for any kind of confusion between facts (empirical truths about Nature) and values (superfluous preferences, prompted by the imagination), pretty much everything we find significant is a mild version of apophenia, a kind of “white lie” we live with but shouldn’t really avow.  But that is a skepticism too binary to be descriptive, and it tends to make rigorous Moderns feel either phantasmal or nihilistic.  Luckily most of us are not rigorous Moderns, and we instinctively know that we value things because we want to put them to use.  The tangled complex of body, mind and world that each of us is relies on narrative, on poetry, on art, on any number of pragmatically fetishized objects or images to marshal our actions and focus our aims.

The term apophenia was coined in 1958 by psychiatrist Klaus Conrad to describe truly debilitating mental states, such as those experienced in early stages of schizophrenia. He defined the condition as “unmotivated seeing of connections [accompanied by] a specific feeling of abnormal meaningfulness.”  Anyone who has encountered a person in the grip of psychic mania or a paranoid episode can affirm the misery of too much meaning.  And certainly one of the advantages of the Modern world-view has been its heightened critique of human tendencies to over-invest the world with significance.  Experimental empiricism provides a powerful critique of human fallacies such as anthropomorphism, hasty generalization, “gambler’s fallacy,” and confirmation bias.  But by the same token, one of the debilitating effects of Modern skepticism is a specific feeling of abnormal meaninglessness, brought on by the fact/value divide.  Because Moderns, since the 1620s, have been obsessed by the desire to construct a true picture of the underlying structure of the natural world, they are continually discounting the other instrumental functions of cognition. What is thought “for”?  Their answer can only be “dividing fact from fancy.”  But such a neat cleavage does not take into account–or at least is not nearly critical enough–of the provisional status of facts and the fanciful uses we make of them.

Science tends to begin in skepticism and end in certainty–starting with a hypothesis and ending with facts.  But, as Bruno Latour has pointed out, that is only one cycle in an endlessly looping process.  The move from openness and skeptical questioning to certainty is always provisional, and always at the cost of some left-over contradictions and confusions which must be set aside in the interest of going forward.  Yet the truly innovative spirit of science is the promise that at some point the case will be reopened, as new information, or even just the excluded old information, must be accounted for.  Yet we often are tempted to treat our facts, our theories, our systems, as more solid than they can ever be.  We become superstitious about our certainties. And this encourages us to build systems that we promise “cannot fail.”  Until they do, as just happened in Tempe.

My nine of clubs card speaks to me of the mysterious significance of the world.  No thing is meaningless, because everything is connected and everything is speaking.  But neither can we grasp fully what a thing is saying.  There is too much potential meaning, and very little understanding.  So we proceed in fear and trembling–or at least with a healthy dose of irony.  My card is supposed to signal adventure: there is an adventure for you. 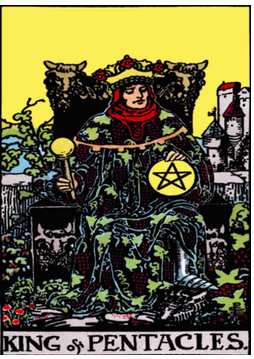 UPDATE:  for a fascinating artistic take on this subject, see the collaborative project “Agency Apophany”:

One thought on “Number Nine”